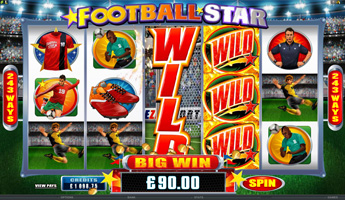 The 2016 Euro Cup is in full swing and Microgaming has this epic football event on its mind this month and to celebrate it has launched two awesome events, so get on down to Microgaming powered online casinos like Betway Casino and be a part of all the football action!

The group is running a Football Fever online promotion that offers players the opportunity to win tickets for themself and a friend to the find of 2016 Euro Cup Final which will be held on the 10th of July at Stade de France in Paris. The winner will also receive 2 nights' accommodation at a 4 star hotel and €500 spending money.

This promotion will run from now until the 27th of June 2016 and to take part all you have to do is wager €50 on either the Shoot! or Football Star slot during the promotional period to earn yourself a ticket into the prize draw. The more you play, the more tickets you'll earn. The draw will take place on the 28th of June and if you're the lucky winner you'll find yourself in prime seats, listening to the roar of the crowd as the stadium ignites for the 2016 Euro Cup football final. 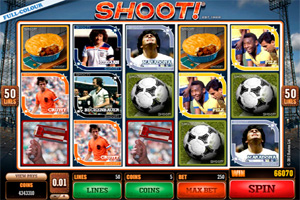 Play Shoot! and stand the chance to win big

Microgaming's second illustrious event is a special multi-player slots tournament that will run for the duration of the Euro Cup tournament from kick off on the 10th of June until the final on the 10th of July 2016. The tournament will be open to 10,000 players so reserve your spot!

The entry fee is a mere €10 and you'll begin the single round tournament with 60,000 coins and will be able to wager up to 1000 coins per spin. You'll then have 12 minutes to see how much you can rack up on the credit meters. This online slots tournament allows for score enhancing features like Rebuys and Continue Plays.

All of the details as well as the terms and conditions that apply are available in the tournament profile within the Multi-Player games section of the games menu at your favourite Microgaming powered online casino.