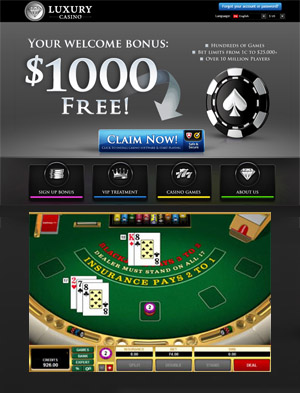 Blackjack is a very exciting game of skill and if you've ever played it you'll know that there are a huge number of possible scenarios that can play out in just one hand. When it comes to playing that hand, the majority of more experienced players rely on basic black strategy to assist them in their decision making.

That said though, there are still a number of blackjack hands that are regularly misplayed, even by experienced players. Here we'll take a look at the most regularly misplayed hands in the game so that you can learn to identify them and avoid making mistakes that will cost you.

Pairs cause a great deal of trouble for many blackjack players. The majority of players are aware that they should always split a pair of Aces and stand on a pair of tens, however these decisions become a whole lot more complicated when you're faced with whether or not to split eights and nines.

Obviously, a pair of eights gives you a hand total of 16, which is risky to hit as you stand a higher chance of busting, but also won't win if the dealer doesn't bust. So it's advisable to always split eights, unless the dealer is holding a bust card (two, three, four, five and six).

Generally players will stand when they have a pair of nines as this gives them a hand total of 18, which is a strong total unless the dealer has a nine, ten or Ace. Splitting nines actually improves your odds of winning.

Many players will advise you to take insurance on blackjack if the dealer's upcard is an Ace. This is probably one of the most common blackjack myths and errors that players make in the game.

Taking insurance under any circumstance is a fool's bet and this will only affect your profits in the long run. Rather stick to a 3:2 payout if you win, than accepting even money for playing the insurance wager.

Many players holding a soft 17, that is any hand with a value of 17 that consists of an Ace and a 6 value card, make a grave error by standing. The reason for standing is justified by the fact that when you hold a hard 17 you should stand when the dealer has an upcard, increasing his/her odds of busting. Hitting on a hard seventeen also increases the player's chance of busting and losing.

What most players don't realise is that if the dealer's upcard is valued at anything other than between 3 and 6, then the player's chance of winning is very low. For this reason it is always advisable to hit or double down on soft 17 in order to increase your odds of winning.

Holding a soft 18 when the dealer has a 9, 10 or Ace upcard is another regularly misplayed blackjack hand. As a rule, many players will stand on a soft or hard 18. The reality is however, that when holding an 18 you will rarely win if the dealer has an upcard of 9, 10 or an Ace. With a hard 18 your odds of busting may be too great to take the chance of hitting again, but with a soft 18 you don't have to worry about this, so you should always hit in order to try and obtain a higher value hand and improve your winning potential.

In Blackjack upcards valued at two, three, four, five and six are often referred to as the dealer bust cards. This is due to the fact that these cards increase the likelihood of the dealer busting more than an upcard valued at seven or greater.

In instances where the dealer is showing a bust card, some players will stand on a hard 12. The reasoning behind this being that if they hit and draw a 10 they will bust. This may seem like logical reasoning but if the dealer doesn't bust, then there is no way for them to win with such a low value hand. While it is a good idea to sand when a dealer is holding an upcard valued at four, five or six, if he/she is showing a two or three and you're holding a hard 12, then go ahead and hit.