Every month brings something new and exciting in the world of online casino games, and so we can never wait to see what's being released at the various online and mobile casinos that we frequent.

Here is a look at what you can expect from your favourite provider: 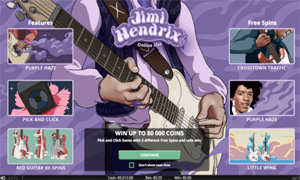 A few short months ago Net Entertainment released the epic Guns N' Roses slot as the first instalment in the NetEnt Rocks trilogy with the promise of two more slots to follow. This month we'll see the launch of the second rock themed slot, Jimi Hendrix, which of course revolves around the legendary guitarist of the same name.

The Jimi Hendrix slot is set to be a 5 reel, 25 payline non-progressive video slot that is graphically rich and as action packed as its predecessor.

It will feature wild and scatter symbols as well as free spins and bonus features, all set to a classic Hendrix soundtrack including songs like Purple Haze, Foxy Lady, Little Wing and Crosstown traffic.

So make a note to visit Mr Green Casino on the 22nd of April 2016 and be one of the first to play it! 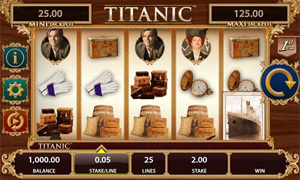 Who would have thought that one of the most epic tragedies of all time would go on to inspire so much entertainment. Not only did the story of the Titanic bring us the Hollywood blockbuster hit movie Titanic, but now Bally entertainment has released an online slot based on it too!

Now you can relive the story of Jack, Rose and the Titanic in one of the most complete online slots we've seen come out of a movie franchise. This 5x3 reel slot is set to the original motion picture soundtrack with songs by Celine Dion, graphics, animated scenes and voice quotes from the movie, bonus features and the chance to win 3 jackpots!

So if you're up for an online slots experience that is as epic as the Titanic movie was, then get down to Betsafe now!

Age of the Gods: Zeus 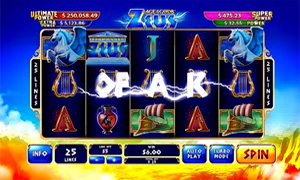 Play Age of the Gods: Zeus
at EuroGrand Casino now!

Age of the Gods: Zeus is the first of seven slots in the Age of Gods series of progressive jackpot network games that will be released by Playtech in the months to come.

Of course, the honour of being first has been bestowed upon the king of the gods Zeus. This brand new slot is a 5 reel, 25 payline game that is graphically reminiscent of the WMS Zeus title. Still it offers great graphics and loads of action in the form of features like free spins, multiplers and bonuses that are guaranteed to thrill and delight you from start to finish.

Not to mention the opportunity to win one of four Age of the Gods mystery jackpots at any time!

It's the dawn of a new age...the Age of Gods at EuroGrand Casino...will you be a part of it? 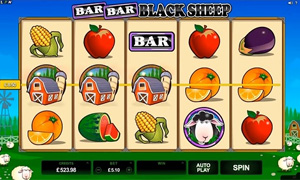 Bar Bar Black Sheep has long been a player favourite and classic slot at Microgaming powered online casino and so the software giant has taken it to a whole new level with the introduction of a 5x3 reel, 15 payline version of the game.

The re-mastered version of the slot brings new and exciting graphics and features including wilds, scatters and a re-triggerable free spins feature that awards players up to 20 free spins with a 3x multiplier when activated.

There is also the opportunity to enjoy a unique on-screen bonus when a black sheep and two bars appear across the reels and you'll be giving the chance to win up to 999 times you line bet. The game offers a maximum jackpot win of 95,000 coins too!

It's a great new take on a classic game and one you definitely don't want to miss!

To get more out of your game, follow these simple slots tips every time you play!