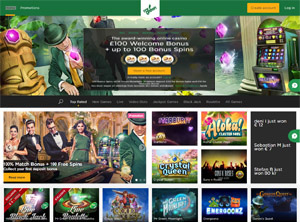 If you've played at online casinos long enough you will have encountered the term "Reverse Withdrawal". This is a facility that online casinos have in place that allows players to reverse their withdrawal request while the cashout is in the pending cycle for processing and have the money returned to their casino account.

In fact, it is thought that the pending period instituted by some casinos has been put in place for the specific purpose of frustrating players in the hope that they will reverse their decision to withdraw and spend some, if not all of the money they originally intended to withdraw instead of waiting for it to be processed back into their bank accounts.

The problem with reverse withdrawals is that most players end up losing the money they would have technically had in their bank accounts if this facility didn't exist and as such is regarded as a "player trap" by many. Here we'll look at the pros and cons of the reverse withdrawal facility and as well as how to get around pending withdrawals at some casinos.

The largest con to the reverse withdrawal facility is that if you are impatient by nature you will probably end up reversing your withdrawal and playing their favourite online slots (often losing) all of the money at the casino. This may not have been the case if it was instantly available in your bank account. Yes you may have deposited some of it again, but generally not all of it.

Some will argue that it's all a matter of self-control and ultimately it is. But reverse withdrawal facilities coupled with irritatingly long pending withdrawal periods do put that temptation into the mix in a very real way.

Of course there are positives to the reverse withdrawal system - this can be a very useful feature if you decide that you'd like to play the money you have requested from the casino at a later stage. Instead of waiting for it to reach your account, then depositing again, all while racking up banking fees, you can simply reverse the amount into your player account and have it sit there until you're ready to play.

Some online and mobile casinos have realised that the way to keep player happy and returning to their casino is to process payouts promptly. UK casinos that also offer sportsbooks are geared to instantly process payments and often do so which is an added bonus. However even those that have a 24 hour pending withdrawal period built into their payment processing model will often do a manual flush upon specific request from a player, so it always pays to ask.

It is always advisable to play at casinos that will honour manual flush requests as far as possible. That way you will avoid the temptation to reverse the withdrawals you make.