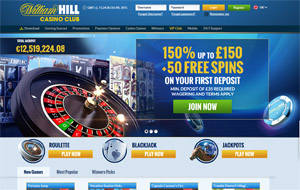 When it comes to Roulette, there is a great debate surround the house edge and how it supposedly ensures that no player can ever win at the game due to the overall negative expectation of 2.7% which has been built in by the casinos who offer it. This means that it never makes the list of the most profitable casino games and bets.

Here we will look at what the house edge actually means for players, the theoretical arguments surrounding the premise that this game cannot be beaten, as well as the actual effects that the house edge has on your game.

The concept of the House Edge

The main premise behind the house edge/advantage or average expectation (they're all the same thing) is that the casino needs to make money in order to stay in business, thus every game has rules that give the house the upper hand, enabling them to turn a profit.

In theory, the edge is the money the casino keeps while the remainder is returned to players in the form of wins. In other words, at a Roulette table, the casino will payout the money players play, minus a small percentage which is referred to as the House Advantage.

The House Edge in European Roulette

If we take the above definition and apply it specifically to roulette, you'll know that the roulette wheel has 37 numbers from 1 to 36 which are either coloured black or red as well as a zero which is green. The zero represents the house edge - it is not the house edge as you can wager and profit from it, but rather it is a symbol of the casinos upper hand. This is because the wheel has 37 outcomes but players are paid as though only 36 exist. This means that a winning payout is 1/37 or 2.7% lower than it should be.

When betting a single number, your odds of winning are 1/37 = 2.7%, which means your payout should be 36 times your bet, but you are only paid out 35 times the original wager, which again equates to a 2.7% difference in payout.

From the above it is obvious that casinos payout at 2.7% less, this amount goes to the house to cover their overhead costs and is referred to as the House Edge.

It is due to the above also known as the "average expectation" that many people conclude that it is impossible to win at the game of Roulette over the long term. These people believe that no matter what roulette strategy a player employs, he/she will not be able to negate the house edge of 2.7% on every bet. These same people then conclude that all roulette players will inevitably lose 2.7% of all the bets they place over a lifetime.

This argument however is somewhat flawed because it overemphasizes the impact that the house edge has on the player. Yes, the house edge is ever present and does put the player at a disadvantage, but it's not as considerable as some would have you believe, think about, why bother playing the game if it's so cut and dried.

Also the existence thereof does not mean that players can never enjoy a profit at the Roulette tables. This is because Roulette is a random game and no one can consistently prove that you will lose every time. If you view the 2.7% as a kind of "Tax" - then this type of thinking equates to saying one shouldn't play the stock market because commissions are due on every transaction.

The so called mathematical approach as discussed above also ignores any strategy that players may use, which means that whether you play by randomly choosing numbers or according to a strategy, it's all the same. This is because mathematically evaluating a system like the Martingale system, betting progression etc. is not easy to do and because putting exact numerical values to these is complex, they simply get ignored.

This means that some people blindly follow probability expectations without realising that they can vary substantially from theoretical projections. Yet these same people also follow the premise that every spin is independent, which means that nothing is due and extreme variations from the average after thousands of spins are normal. Unfortunately the two theories just do not go together.

Think about it for a minute - have you ever met a roulette player who has lost an amount equal to the house edge across all his bets? The majority have lost a great deal more and some players have lost considerably less. So should we really be caring about the results at the end of millions of spins?

So if the house edge is not the be all and end of losses in Roulette, why is it such a difficult game to win at? The answer to this is the variance from the average - or the difference between theoretical expectation and real life results. Variance accounts for a 10% to 15% disadvantage in Roulette. So let's look at that a little more.

If no zeros existed on the roulette wheel and the house edge was removed, in 100 spins you could, in theory, expect to see 50 black and 50 red results. This would give you 50% wins. But that is not reality and the zero means that you have 48% wins instead which is merely a marginal difference.

The problem comes in because no matter what the theoretical projection may say, the reality is that it is possible to encounter only 37 black wins in 100 spins, giving you a 37% win rate. This is due to variance and that is what makes the game hard to beat. A low hit rate like this would be possible even in the absence of a house advantage and zero.

So while the house edge is a reality, and you are receiving 2.7% less than you should every time you win, this doesn't mean that you can't play the game profitably with the right strategy. Just be sure you have the bankroll to survive the upward and downward swings you'll encounter thanks to variance.